TWELFTH NIGHT.第十二夜 Act i. Sc. 1.(Duke Orsino) If music be the food of love, play on,Give me excess of it; that, surfeiting,The appetite may sicken, and so die.— That strain again—it had a dying fall; O, it came o'er my ear like the sweet south,That breathes upon a bank of violets,Stealing and giving odour.假如音乐是爱情的食粮，那么奏下去吧；尽量地奏下去，好让爱情因过饱噎塞而死。

Act i. Sc, 3.(Sir Toby Belch) I am sure care's an enemy to life.悲哀是要损寿的呢。Act i. Sc. 5.(Viola)'Tis beauty truly blent, whose red and white Nature's own sweet and cunning hand laid on.那真是各种色彩精妙地调和而成的美貌；那红红的白白的都是造化亲自用他的可爱的巧手敷上去的。

Act ii. Sc. 3.(Sir Toby Belch) Dost thou think, because thou art virtuous,there shall be no more cakes and ale？你以为你自己道德高尚，人家便不能喝酒取乐了吗？Act ii. Sc. 4.(Viola) She never told her love,But let concealment, like a worm in the bud,Feed on her damask cheek: she pined in thought,And, with a green and yellow melancholy,She sat, like Patience on a monument,Smiling at grief.她从来不向人诉说她的爱情，让隐藏在内心中的抑郁像蓓蕾中的蛀虫一样，侵蚀着她的绯红的脸颊；她因相思而憔悴，疾病和忧愁折磨着她，像是墓碑上刻着的“忍耐”的化身，默坐着向悲哀微笑。Act iii. Sc. 1.(Olivia) O, what a deal of scorn looks beautiful In the contempt and anger of his lip！唉！他嘴角的轻蔑和怒气， 冷然的神态可多么美丽！Act iii. Sc. 1.(Olivia) Love sought is good, but given unsought is better.须知求得的爱虽费心力， 不劳而获的更应该珍惜。

Act iii. Sc, 2.(Sir Toby Belch) Let there be gall enough in thy ink; though thou write with a goose-pen, no matter.把你的墨水里掺满着怨毒，虽然你用的是一枝鹅毛笔。Act iii. Sc. 4.(Malvolio) Some are born great, some achieve greatness, and some have greatness thrust upon them.有的人是生来的富贵，有的人是挣来的富贵，有的人是送上来的富贵。

Play Summary Various critics divide Twelfth Night into various types of plots and/or subplots. Regardless of the exact number of plots and subplots, however, the main thing is that they are all woven together with immense skill to ultimately compose a single pattern or tapestry. There is, first, the group centering around the ducal nobility of Illyria: this group consists of Duke Orsino and his attendants, who open the play, and the Countess Olivia, who is the main topic of discussion of the opening scene. Then there is the group of shipwrecked personages centering on Viola and Sebastian, the twins, and their friends, Viola's sea captain who fades from the action, and, more important, Antonio, who plays a significant role later in the comedy. Both Viola and Sebastian are, of course, later absorbed into the nobility of Illyria. Then there is the merry group of pranksters, gullers, and tricksters, led by Sir Toby Belch and Maria; this group also includes Sir Andrew Aguecheek (who is included because his income supports the other members of this group), Fabian, and Feste, the Clown. Through Feste, all of the groups are connected by his free movement from one group to another as he is equally at home singing for Duke Orsino, or proving Lady Olivia to be a fool for so excessively mourning for her brother, or in planning a trick with Sir Toby. Then outside of all of these groups stands Malvolio, Lady Olivia's puritanical steward. His colossal vanity and egotism get between him and everything that he sees and does. Thus, he has already gotten on the wrong side of Maria, Feste, and Sir Toby, and the plot involving their determination to take their revenge upon him provides the best humor of the play.Malvolio is socially and sexually ambitious; Maria realizes this and writes a letter purporting to come from the Countess Olivia, making Malvolio believe that his lady is in love with him and wishes to marry him; the letter also asks him to be firm and obstinate with her uncle, Sir Toby, to be arrogant to the other servants, and to dress in yellow stockings and go cross-gartered, and to smile all the time when he is near her. Malvolio finds the letter on the garden path and falls for the trick as he is watched gleefully by the group led by Maria and Sir Toby.Viola disguises herself as a boy in order to protect herself and to obtain employment by Duke Orsino and quickly finds her way (as Cesario, the youth) into his favor; she is then sent to woo the Countess Olivia, much against Viola's will, for she has fallen in love with Count Orsino herself. Countess Olivia, who cannot love Duke Orsino, falls immediately in love with the messenger, Cesario, thus creating an amusing triangle which produces several complications. The arrival of Viola's twin brother, Sebastian (previously presumed drowned), sorts everything out matrimonially. Sebastian marries Olivia, Orsino marries Viola, and Sir Toby marries Maria for having played such an excellent trick on Malvolio.This is one of Shakespeare's most popular, lightest, and most musical of all his comedies, and its staging continues to delight audiences all over the world.。

West Weiaola Sixin and is the twin brother and sister looks the same. In a maritime accident, the two separated in Yililie shore. Weiaola brother who was unfortunate that it transvestite , alias Cesario, in places where the local Duke of subglottic Aoxinuo when Shizhong. Aoxinuo Duke Weiaola for him to send young beauty and rich Count Miss Yuli da marry him. However, at this time Weiaola has been secretly in love with the master Aoxinuo. And it has the main Yuli da Weiaola was love at first sight for him. Subtle things become complicated. At the same time, a conspiracy is Yuli da home. Her uncle Toby, who due to the arrogance of the butler Malvolio of condemnation, it would be his revenge. They imitate Yuli da handwriting wrote a love letter to Ma, Ma bold letters encourage courtship, and he often dressed repugnant to the yellow stockings. Malvolio obsessed on them and have Choutaibaichu; Yuli da crazy is that the butler. Yuli da to win the heart, once again sending Aoxinuo Youli da Weiaola to the home of lobbying. Yuli da increasingly Weiaola the love. And Yuli da uncle is bent on to the well-off Chunben she married Andrew, and then the maid of Maliya Youli da vigorously agitated with Andrew and Weiaola duel. The original Weiaola Gegexibashixin pirates were killed when the captain Antonio saved，俩人form Monizhijiao. To Yililie later, as captain Antonio Yililie authorities fear the chase, not to accompany West Shixin Fair City, put his wallet to use. Antonio is the captain and unexpectedly encountered the Weiaola Andrew duel, he mistakes her as her Gegexibashi袱阀递合郛骨店摊锭揩xin, approached Badaoxiangchu. However, the passing of the police here in identifying him and his arrest. Antonio Weiaola that both were arrested on their own indifference, he also refused to purse, a great surprise, then accused her ungrateful. Andrews and others were also looking Weiaola duel, but they encountered West Shixin, mistakenly regard him as Weiaola, it Bajian opposite. Fortunately, he was promptly rushed to stop by the Yuli da. Youli da Shixin also wrong as Weiaola the West, and go home to his love, then private俩人good guitar centuries. Malvolio been declared suffering from mental disorder locked up in a darkroom, and was dressed as a clown in every possible way pastor fun. Later Malvolio in a letter to Youli da-Miss defence makes the truth. Finally, West Sixin and Weiaola siblings have been reunited, the West and Yu Li Shixin da love, Aoxinuo the Pinmao Weiaola Duke was touched by the wives married her, the captain Antonio also free. In addition to Malvolio, everybody happy.。 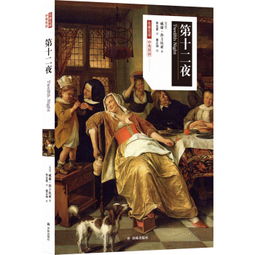 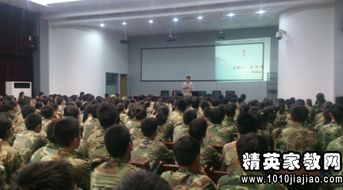 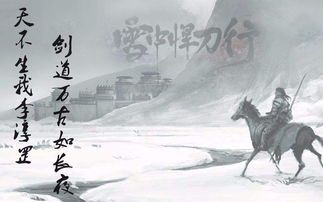 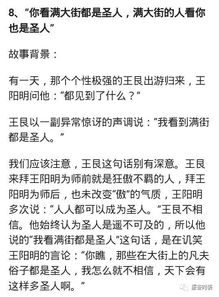 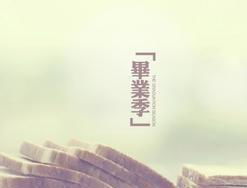 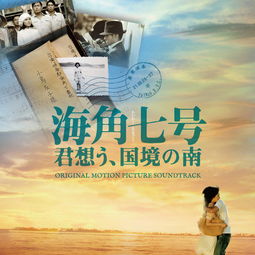 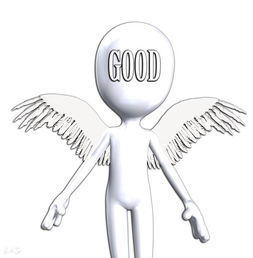 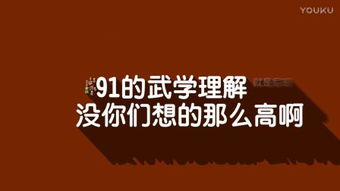 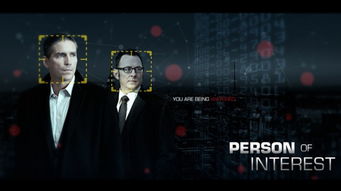 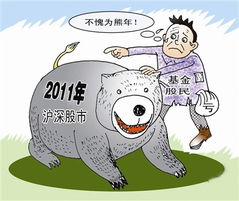 本文主要为您介绍埃尔文史密斯经典语录，内容包括威尔史密斯经典台词，威尔史密斯经典台词，求威尔史密斯的经典语录。威尔史密斯的《当幸福来敲门》Dont ever let somebody tell you you cant do something, 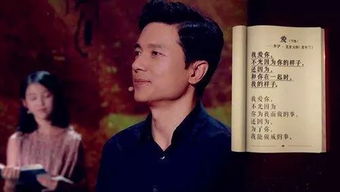 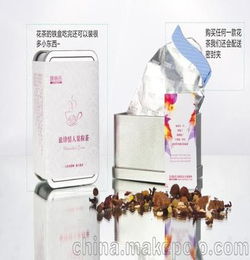 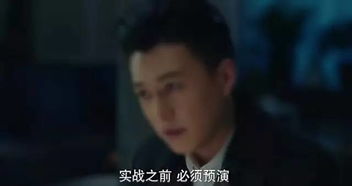 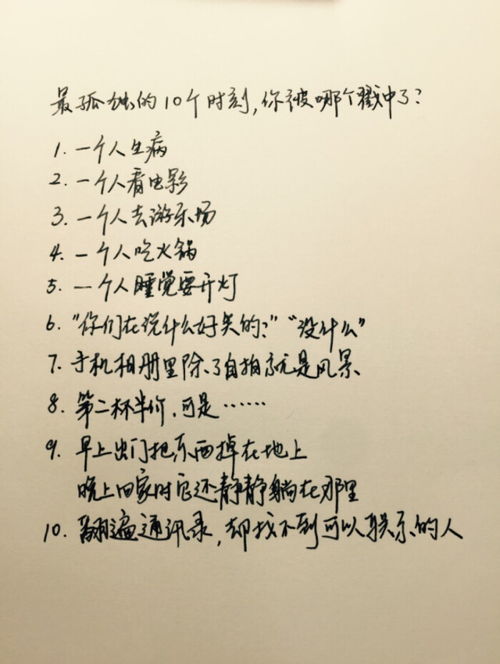 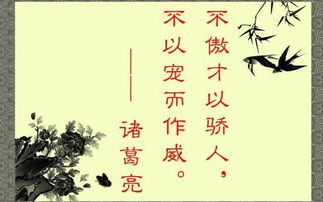 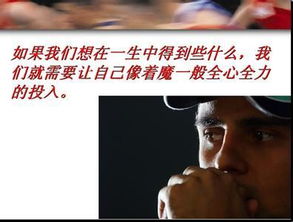 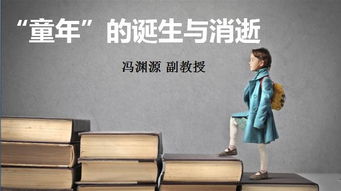 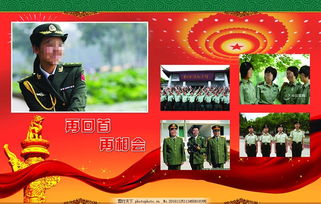